I do not know about you but when researching a destination I am visiting I always look up fun facts about the place too.  I enjoy knowing everything there is to know about a country I going to so I thought I would start sharing these facts as I find them. Maybe they will help inspire you to visit the country or maybe even help you in a pub quiz one day. First up, fun facts about Holland.

Holland is a country I adore for many reasons and at present, it is the only country I would seriously consider moving to. For me, it is the people who make The Netherlands but some of these random Dutch facts help to understand why the country is so special as well.

The official name of the country is the Kingdom of the Netherlands. Holland actually only means the two of the twelve provinces, Noord-Holland (North) and Zuid-Holland (South). However, the name Holland is often used when all of the Netherlands is meant. For the purpose of this post, all facts about Holland will be in reference to the whole country.

Due to a history of colonialism, three Caribbean islands are still part of the Netherlands: Bonaire, Sint Eustatius and Saba. Their citizens are Dutch and can vote in EU elections.

The five largest cities of the Netherlands are Amsterdam, Rotterdam, The Hague, Utrecht, and Eindhoven.

The capital city is Amsterdam, however, the political capital is The Hague.

The Hague is the seat of the Dutch government and home to the royal family. The Hague is also known as the “International City of Peace and Justice” and is home to the peace palace. Inside the Peace Palace, you can find the Eternal Peace Flame which has been burning since 2002.

.Because Amsterdam’s soil consists of a thick layer of fen and clay, the city is built on poles! All buildings are built on wooden poles that are fixed in a sandy layer that is 11 meters deep on average. The Royal Palace at Dam Square is built on no less than 13,659 wooden poles.

The Netherlands is one of the most densely populated countries in the world. There is a growing population of 17 million people.

All together the Dutch own 22.5 million bicycles. The bike is the most popular way to travel for both locals and tourists. If you are in Rotterdam, be sure you to take a Bike and Bite Tour for a unique way to see the city.

Brewers in the Netherlands produce 2,300 million litres of beer per year, mainly at the large macro breweries like Heineken, Amstel and Grolsch. This makes Holland the second biggest exporter of beer in the world, after Mexico.

The longest lane in the Netherlands can be found in The Hague, The Laan van Meerdervoort is 5.8 kilometres long.

There are many sand beaches in Holland. The Hague, in particular, sits on the coastline and has over 11kms of sandy beaches. For an extra special trip, you can stay in a beautiful beach hut situated on Kijkduin beach.The longest street belongs to Oudebildtdijk in Friesland and is around 12.1 kilometres long.

There are 1753 bridges in Amsterdam.

In 2001, The Netherlands became the first country to legalise same-sex marriage.

The Netherlands is the biggest exporter of Tulips. Originally cultivated in the Ottoman Empire (present-day Turkey), tulips were imported into Holland in the sixteenth century. When Carolus Clusius wrote the first major book on tulips in 1592, they became so popular that his garden was raided and bulbs were stolen on a regular basis. As the Dutch Golden Age grew, so did this curvaceous and colourful flower.

They became popular in paintings and festivals. In the mid-seventeenth century, tulips were so popular that they created the first economic bubble, known as “Tulip Mania” (tulipomania). As people bought up bulbs they became so expensive that they were used as money until the market in them crashed.

Each year, a Tulip Festival is organised in the Noordoostpolder. Held in the middle of the tulip fields, this flower festival runs from late April to early May.

The famous tulip garden Keukenhof is the largest flower garden in the world.

The tallest church tower in Holland is the Domtoren and it can be found in Utrecht. The Domtoren is 112 metres high and has a viewing platform at the very top.

KLM is the national airline of the Netherlands. KLM was established in 1919 making it the world’s oldest operating airline.

There are 20 national parks in Holland, as well as hundreds of woods and lakes.

The Dutch are the biggest liquorice eaters in the world. They consume 32 million kilos every year.

There are still over 1,000 traditional working windmills in the Netherlands. 19 of these can be found at the Unesco World Heritage Site of Kinderdijk.

The Netherlands is famous for being liberal, independent and accepting towards other ethnicities. Amsterdam is home to more than 180 nationalities.

The country boasts an extensive railway network. Since Holland is a relatively small country, you can travel from Amsterdam to Utrecht in just 30 minutes and from The Hague to Amsterdam Central Station in just 50 minutes.

Giethoorn is a mostly car-free village in the northeastern Dutch province of Overijssel. It’s known for its boat-filled waterways, footpaths, bicycle trails and centuries-old thatched-roof houses. Due to this, it is nicknamed ‘The Venice of The Netherlands’.

The audiotape, the videotape, and the CD were all invented in Eindhoven by the Dutch company Philips.

The microscope was invented in Holland in the 16th century.

Holland is extremely flat. Because the land is so flat, the country’s highest point, which is just 323 meters high, is referred to as a mountain. It’s located in Vaalserberg.

The lowest point is the Zuidplaspolder and lies seven meters below sea level.

Rotterdam is the largest seaport in Europe.

The Netherlands was a founder member of the Euro, swapping their “gulden” (guilder) to the euro on January 1, 1999.

New York City was first called “New Amsterdam” and was founded as a Dutch Colony.

Every year, on April 27th, the King’s day is celebrated. The date marks the birth of King Willem-Alexander. Until the abdication of Queen Beatrix in 2013, the holiday was known as Koninginnedag or Queen’s Day and was celebrated on 30 April.

The Lion and the Black-Tailed Godwit are considered to be the country’s national animals.

The Dutch flag used to have an orange stripe instead of red. It was William of Orange who chose the colours of the flag. The orange colour was later changed, but it’s not certain why. Two popular theories are the fact that the orange dye faded to red after some time. And some believe it was changed because of the 1654 English-Dutch defence treaty that prohibited any member from the House of Orange from becoming a Dutch head of state.

The Dutch National anthem is ‘Het Wilhelmus’, which consists of 15 stanzas about Prince William of Nassau, the Prince of Orange.

De Drie Gezusters (The Three Sisters)pub in Groningen is the largest pub in all of Europe.

The Dutch are the fourth largest cheese producers in the world. Gouda cheese is the most famous, and most produced, Dutch Cheese, followed by Edam, Maasdam, Boerenkaas, Leyden.

Clogs originated in the Netherlands and were traditionally worn by those working on the land, in factories or in mines. The oldest surviving wooden shoes can be found in Amsterdam and date back to 1230. The Dutch word for clogs is klompen.

Over half of the working population in the Netherlands works part-time.

Holland has the highest concentration of museums in the world. Making it a fantastic country for culture.

Amsterdam is home to the Van Gogh Museum which has the world’s biggest collection of Van Gogh paintings.

The famous ‘Girl with a Pearl Earring’ oil painting can be found in the Mauritshuis in The Hague. It is an oil painting by Dutch Golden Age painter Johannes Vermeer, dated c. 1665.

The Dutch government has planned to ban the sales of petrol and diesel-powered cars in 2025 to promote green energy; the motion has been passed by the lower house of Dutch parliament but still needs to be ratified by the Senate. The government’s goal is to have only electric cars driving on Dutch streets in future.

358 bee species live in The Netherlands according to statistics, but more than half of them are part of the dutch red list — a catalogue listing endangered species. To fight the bee population decline, Utrecht has transformed over 300 bus stops into bee sanctuaries. These green hubs, or rather bee stops, are essentially bus stops with grass and wildflowers on the roof that aim to encourage pollination.

Stroopwafels are popular in the Netherlands and were first made in the Dutch city of Gouda. Nowadays the waffles are eaten worldwide.

Delft Blue is a type of pottery which is made in the Dutch city of Delft. The production of Delft Blue started in the 17th century and it is still being made today.

Holland, Amsterdam in particular, is famous for its tall narrow houses.  One of the reasons the houses are so narrow is because taxes used to be charged based on the size of the building’s facade. So the wider the facade, the more tax you pay.

What did you think about these facts about Holland? Can you think of any more random Dutch facts? Please get in touch if you can and I will add them in.

If you enjoyed these facts about the Netherlands it would be great if you could share them on Facebook or Twitter, so more people can find out about this fantastic and interesting country. 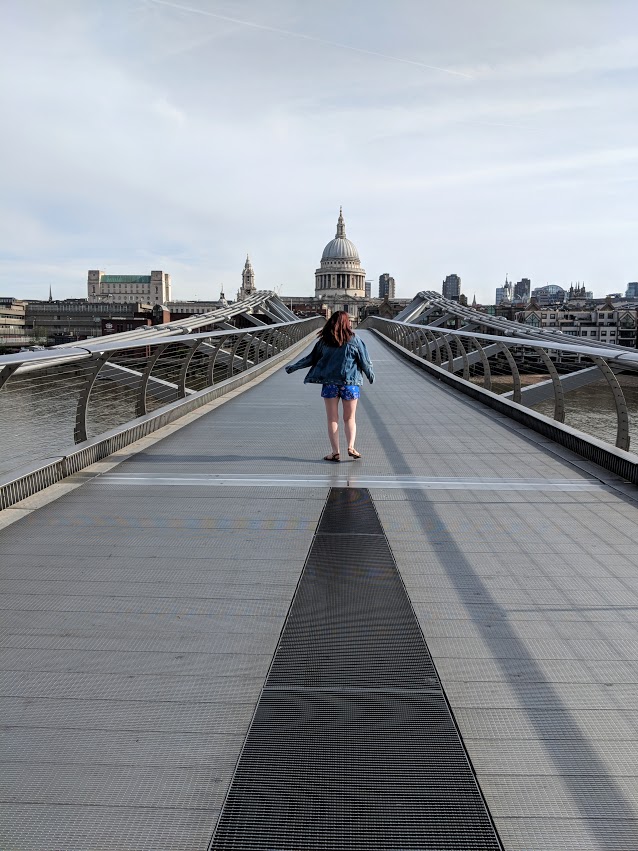 Insider London Tips: Things Nobody Tells You About Visiting London (By a Londoner!)

Everything you need to know about volunteering with animals abroad