Think of London and one of the things you will likely think of is Tower Bridge. The iconic bridge is a staple of the London landmarks, one which is not only unique but full of so much history. Continue reading to find out the history as well as curious facts about Tower Bridge, London. 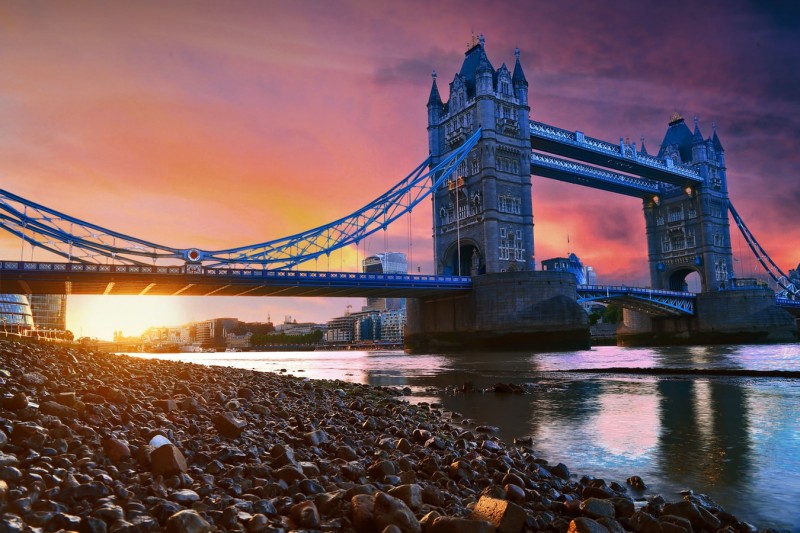 Alongside being an iconic London structure, Tower Bridge is a suspension bridge on River Thames. It has two Victorian Gothic style towers which are connected with two walkways.

Tower Bridge has a long and fascinating history. Built between 1886 and 1894, the Bridge has spent more than a century as London’s defining landmark, an icon of London and the United Kingdom. The Bridge was constructed to help facilitate the ever-growing population and movement in the capital city.

Many had to make a journey of several miles in order to make a dry crossing over the river at London Bridge, or otherwise take a ferry. London Bridge itself was very congested and a new bridge to the east was at that time the most pressing requirement as a metropolitan improvement.

Between 1874 and 1885 about thirty petitions were submitted to the City urging them to either widen London Bridge to relieve congestion or provide a new public crossing.

There were over 50 designs to choose from

Over 50 designs were submitted to the Committee for consideration, some of which are on display at Tower Bridge. It wasn’t until October 1884 however, that Horace Jones, the City Architect, in collaboration with John Wolfe Barry, offered the chosen design for Tower Bridge as a solution.

–> Wonderful quotes about London to inspire your next trip

They were based in Glasgow and had built some of the United Kingdom’s most famous bridges, including the Forth Bridge and Tay Rail Bridge.

It is not London Bridge

How did Tower Bridge get the name?

An interesting fact about Tower Bridge is it isn’t named so because it is one of the few bridges on the Thames that features towers. In fact, it’s named after the Tower of London which is located on one side of the Bridge. The Tower of London also influenced the final design.

It took eight years, five major contractors and the relentless labour of 432 construction workers each day to build Tower Bridge.

Looking for more things to do when visiting this area of London? Located close to here is the famous Bermondsey Beer Mile.

Tower Bridge is a Bascule Bridge

‘Bascule’ is a French word, which can be translated as seesaw, and describes how the two sides of the road of Tower Bridge open. Each bascule moves around an off-centre pivot, meaning they look a bit like a seesaw in a children’s playground. They are better than a drawbridge because each side of the bascule is evenly balanced, meaning less energy is required to open up the roads and no pressure is put on the tower during opening and closing.

Therefore, instead of chains pulling up the bascules from the towers, the hard work of opening and closing Tower Bridge is left to eight large cogs. These are about 1m in diameter, four on each side, which rotate to open and close the Bridge.

The power required to rotate the cogs was initially supplied by steam and then, post-1976, by electricity.

The bascules, weighing over 1,000 tons each, are counterbalanced to minimize the force required and allow raising in five minutes.

It is used very frequently

Daily, some 40,000 people cross it in both directions and however, the frequency of the bridge lifting depends on the season.

So, how do you find out when Tower Bridge lifts in advance?

Tower Bridge has an official website with a page that lists in advance the day, time and name of the vessel that will pass through the bridge.  However, it is worth knowing that Tower Bridge does not lift every day, far from it.

In the winter months, it can go days, even weeks without Tower Bridge lifting at all. In the summer Tower Bridge can lift seven or eight times a day, often in the evening and often it will open 3 or 4 times on an almost hourly basis.

Where is the best view of Tower Bridge opening seen from?

The most popular and crowded vantage point is immediately in front of the Tower of London on the northern bank on the western side of Tower Bridge. However, if you would like somewhere slightly quieter with a view which is just as good, try the east side of Tower Bridge immediately in front of The Tower Hotel, on the northern bank.

The high-level open-air walkways between the towers gained a reputation as a haunt for prostitutes and pickpockets; as they were only accessible by stairs they were seldom used by regular pedestrians and were closed in 1910.

In 1982 they were reopened as part of the Tower Bridge Exhibition, a display housed in the bridge’s twin towers, the high-level walkways and the Victorian engine rooms.

Visitors of Tower Bridge can also experience it from above by crossing the glass floor walkway.

This permanent feature offers visitors an incredible birds-eye view of London life, from 42 metres above the River Thames. Look down to spy those famous red London buses and pedestrians whizzing over the Bridge while river vessels sail under it – and possibly experience the magic of the bascules raising beneath your feet.

The Glass Floor of Tower Bridge measures 11 metres long and 1.8 metres wide and comprise of panels weighing 530 kilograms each.

There are also events where you can take Yoga classes on the glass walkway – what a view!

A bus once jumped over Tower bridge

On 30th December 1952, Albert Gunter was driving the number 78 bus over Tower Bridge towards Shoreditch. To his utter surprise, the road in front of him seemed to drop away.

Gunter quickly realised that the Bridge was opening, and his bus was on a rising bascule. Back in the 1950s, a watchman was supposed to ring a warning bell and close the gates before Tower Bridge opened, but on that particular day, he somehow forgot to do so.

Slamming his foot down on the accelerator, Gunter managed to jump the rising bascule. He successfully reached the north side of Tower Bridge, which had not yet begun to open, getting all his 20 passengers across safely.

and again in Spice World…

Remember the Spice Girls? Remember the Spice World Movie and the famous union jack tour bus? The bus can also be seen ‘jumping’ Tower Bridge on Victoria’s epic sprint to get the girls to the Royal Albert Hall on time!

Planes have also flown through it!

In 1951, Frank Miller flew a plane through Tower Bridge. Although he was not the first to do this, his excuse was the most surprising.

Miller blamed it on his 13-year-old son, saying that he had dared him to do it for 35 shillings. Unfortunately for Frank, this did not cover the £100 fine he got in court afterwards.

It was also part of the 2010 London Olympics opening ceremony

In more recent memory, two helicopters flew through Tower Bridge carrying a stunt double of the Queen for the opening ceremony of the 2012 Summer Olympics, held in London from 27 to 12 August that year.

This was part of a scene involving James Bond. 007 was visiting Buckingham Palace to collect the Queen. The sequence ended with the ‘Queen’ parachuting out of the helicopter into the London Olympic Stadium, in Stratford.

London’s Flavours of the World 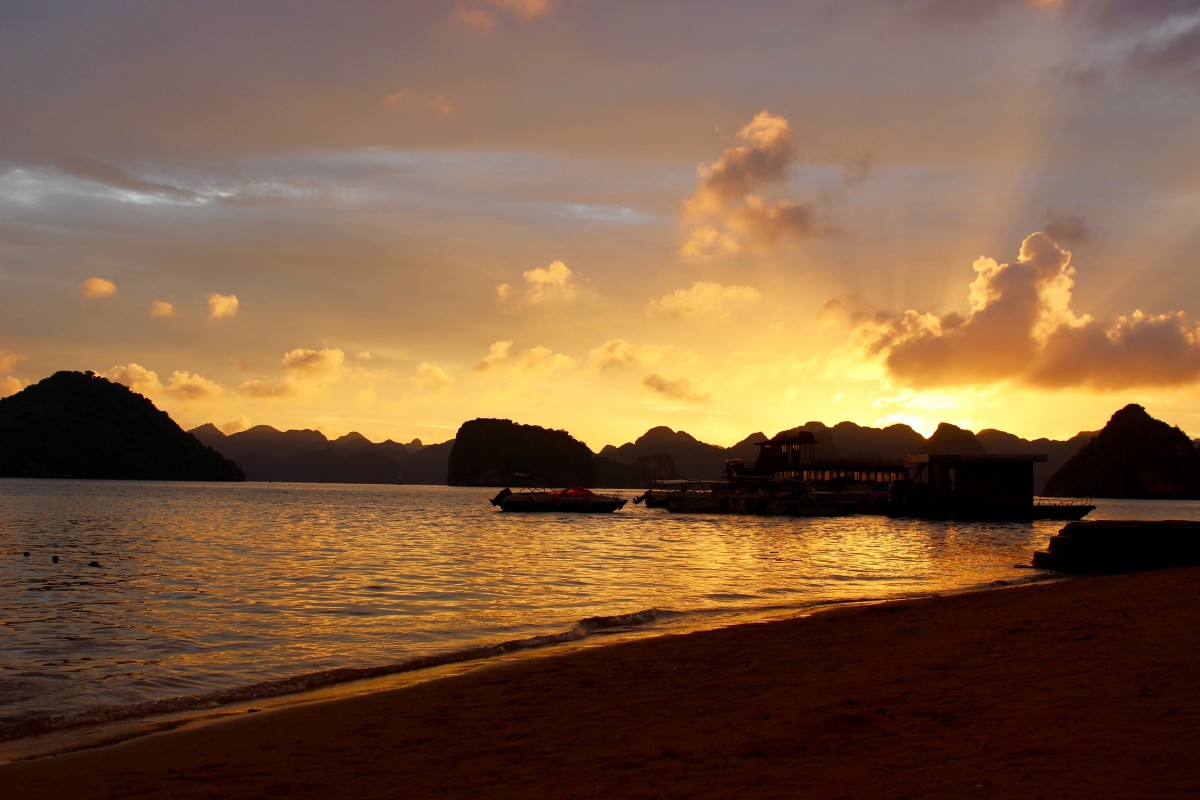