9 Fiction Books About Amsterdam You Will Want To Read

Looking for books about Amsterdam? These fiction books set in Amsterdam are sure to transport you straight to the canals of the Dutch city.

Aside from travel, I also love to read. I adore finding a great book about a city I love, one which takes me straight back to being there without needing to board a plane. Over the years, I have been lucky enough to find many novels about Amsterdam which do just that.

Did you know I have a whole website dedicated to The Netherlands? Off To Netherlands was created to inspire travel outside of Amsterdam.

The Miniaturist by Jesse Burton

On an autumn day in 1686, eighteen-year-old Nella Oortman knocks at the door of a grand house in the wealthiest quarter of Amsterdam. She has come from the country to begin a new life as the wife of illustrious merchant trader Johannes Brandt, but instead, she is met by his sharp-tongued sister, Marin. Only later does Johannes appear and present her with an extraordinary wedding gift: a cabinet-sized replica of their home. It is to be furnished by an elusive miniaturist, whose tiny creations mirror their real-life counterparts in unexpected ways . . .

Nella is at first mystified by the closed world of the Brandt household, but as she uncovers its secrets she realizes the escalating dangers that await them all. Does the miniaturist hold their fate in her hands? And will she be the key to their salvation or the architect of their downfall?

The Fault in Our Stars by John Green

Despite the tumour-shrinking medical miracle that has bought her a few years, Hazel has never been anything but terminal, her final chapter inscribed upon diagnosis.

But when a gorgeous plot twist named Augustus Waters suddenly appears at Cancer Kid Support Group, Hazel’s story is about to be completely rewritten.

The Fault in Our Stars has also been made into a movie if you wanted to watch a movie about Amsterdam.

The Light of Amsterdam by David Park

It is December in Belfast, Christmas is approaching and three sets of people are about to make their way to Amsterdam. Alan, a university art teacher, goes on a pilgrimage to the city of his youth with troubled teenage son Jack; middle-aged couple Marion and Richard take a break from running their garden centre to celebrate Marion’s birthday; and Karen, a single mother struggling to make ends meet, joins her daughter’s hen party.

As these people brush against each other in the squares, museums and parks of Amsterdam, their lives are transfigured as they encounter the complexities of love in a city that challenges what has gone before.

The Diary of a Young Girl by Anne Frank

A deeply moving and unforgettable portrait of an ordinary and yet an extraordinary teenage girl.
First published over sixty years ago, Anne Frank’s Diary of a Young Girl has reached millions of young people throughout the world.

In July 1942, thirteen-year-old Anne Frank and her family, fleeing the occupation, went into hiding in an Amsterdam warehouse. Over the next two years Anne vividly describes in her diary the frustrations of living in such close quarters, and her thoughts, feelings and longings as she grows up. Her diary ends abruptly when, in August 1944, they were all betrayed.

The Dinner by Herman Koch

An evening in Amsterdam and two couples meet for dinner to discuss their teenage sons. The boys have committed a horrifying crime, caught on CCTV, but so far they remain unidentified – except by their parents. Over the polite hum of restaurant conversation and the squeal of cutlery on plates, the couples have a question to answer: how far will they go to protect their children?

After the Silence by Jake Woodhouse

A body is found hanging on a hook above the canals of Amsterdam’s old town, a mobile phone forced into the victim’s mouth.

In a remote coastal village, a doll lies in the ashes of a burnt-down house. But the couple who died in the fire had no children of their own. Did a little girl escape the blaze? And, if so, who is she and where is she now?

Inspector Jaap Rykel knows that he’s hunting a clever and brutal murderer. Still grieving from the violent death of his last partner, Rykel must work alongside a junior out-of-town detective with her own demons to face, if he has any hope of stopping the killer from striking again.

Their investigation reveals two dark truths: everybody in this city harbours secrets – and hearing those secrets comes at a terrible price.

The House of Dolls by David Hewson

Anneliese Vos, the sixteen-year-old daughter of Amsterdam detective, Pieter Vos, disappeared three years ago in mysterious circumstances. Her distraught father’s desperate search reveals nothing and results in his departure from the police force.

Pieter now lives in a broken down houseboat in the colourful Amsterdam neighbourhood of the Jordaan. One day, while Vos is wasting time at the Rijksmuseum staring at a doll’s house that seems to be connected in some way to the case, Laura Bakker, a misfit trainee detective from the provinces, visits him. She’s come to tell him that Katja Prins, daughter of an important local politician, has gone missing in circumstances similar to Anneliese.

In the company of the intriguing and awkward Bakker Vos finds himself drawn back into the life of a detective. A life which he thought he had left behind. Hoping against hope that somewhere will lay a clue to the fate of Anneliese, the daughter he blames himself for losing . . . 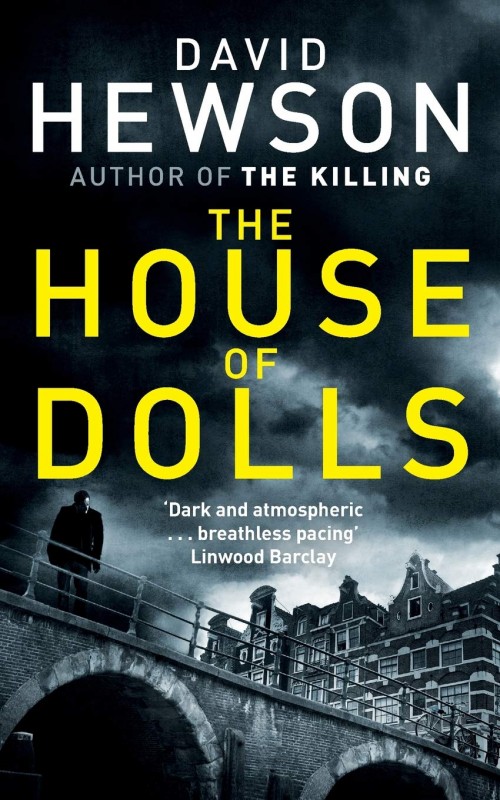 The Gold Finch by Donna Tartt

Alone and rudderless in New York, he is taken in by the family of a wealthy friend. He is tormented by an unbearable longing for his mother, and down the years clings to the thing that most reminds him of her: a small, strangely captivating painting that ultimately draws him into the criminal underworld.

As he grows up, Theo learns to glide between the drawing rooms of the rich and the dusty antique store where he works. He is alienated and in love – and his talisman, the painting, places him at the centre of a narrowing, ever more dangerous circle.

Okay, the next book is not a fiction, but if you are interested in The Netherlands – culture and history, then I definitely recommend it.

Why the Dutch are Different: A Journey into the Hidden Heart of the Netherlands by Ben Coates

Stranded at Schiphol airport, Ben Coates called up a friendly Dutch girl he’d met some months earlier. He stayed for dinner. Actually, he stayed for good.

In the first book to consider the hidden heart and history of the Netherlands from a modern perspective, the author explores the length and breadth of his adopted homeland and discovers why one of the world’s smallest countries is also so significant and so fascinating. It is a self-made country, the Dutch national character shaped by the ongoing battle to keep the water out from the love of dairy and beer to the attitude to nature and the famous tolerance.

Ben Coates investigates what makes the Dutch the Dutch, why the Netherlands is much more than Holland and why the colour orange is so important. Along the way, he reveals why they are the world’s tallest people and have the best carnival outside Brazil. He learns why Amsterdam’s brothels are going out of business, who really killed Anne Frank, and how the Dutch manage to be richer than almost everyone else despite working far less. He also discovers a country which is changing fast, with the Dutch now questioning many of the liberal policies which made their nation famous.

A personal portrait of a fascinating people, a sideways history and an entertaining travelogue, Why the Dutch are Different is the story of an Englishman who went Dutch. And loved it.

A weekend in Jersey: Things to do and where to eat

Warsaw on a budget: Is is possible to spend a weekend in Warsaw for £200?

Japanese for Tourists - Simple Japanese phrases you will need to know!