Looking to get outside in London this summer? Looking for somewhere a bit more unique and cultural? These beautiful and traditional Japanese gardens in London are great destinations for a day out.

I love Japan but unsurprisingly it is not somewhere I can visit all too often, which is why I look for other ways to get my Japan fix in between trips. Thankfully in London, I do not need to look too far, not only do we have some incredible Japanese restaurants we also have traditional Japanese gardens which would not look out of place in Kyoto.

It is one of the things I love most about London, cultural spots nestled in between typical London scenes, another favourite is Wat Buddhapadipa – a traditional Thai temple in Wimbledon, South London.

One of the most beautiful gardens in London can be found in Holland Park. The Kyoto Garden offers a unique, Japanese-style landscape that’s perfect for quiet reflection and relaxation.

The Japanese Garden in Holland Park was a gift from the city of Kyoto to commemorate the long friendship between Japan and Great Britain which has been there since 1991.

The stunning Japanese park is filled with traditional plants and trees, a large Koi pond surrounded by tranquil waterfalls and even peacocks which grace the grounds.

The park is open daily from 7.30 am and closes 30 minutes before dusk.

Holland Park is located in the borough of Kensington and the closest tube station to the London Kyoto Garden is Holland Park, which is located on the Central Line.

Other activities near Kensington:

Located inside Kew Gardens is a rainbow of colour dedicated to the beauty of Japan, complete with a traditional Japanese Temple.

Japanese plant species fill the gardens, adding a spectrum of colours and beauty throughout the seasons. In spring you’ll find pretty pink and white cherry blossom (make it a great place to see Cherry Blossom season in London). Summer reveals the pink flowers of Japanese anemone and the fire engine red of Neoshirakia japonica. For a striking contrast, Enkianthus campanulatus shows off its elegant white flowers in summer and bright red leaves in autumn.

Kew Gardens is a wonderful place to experience a Japanese Garden in London all year round. 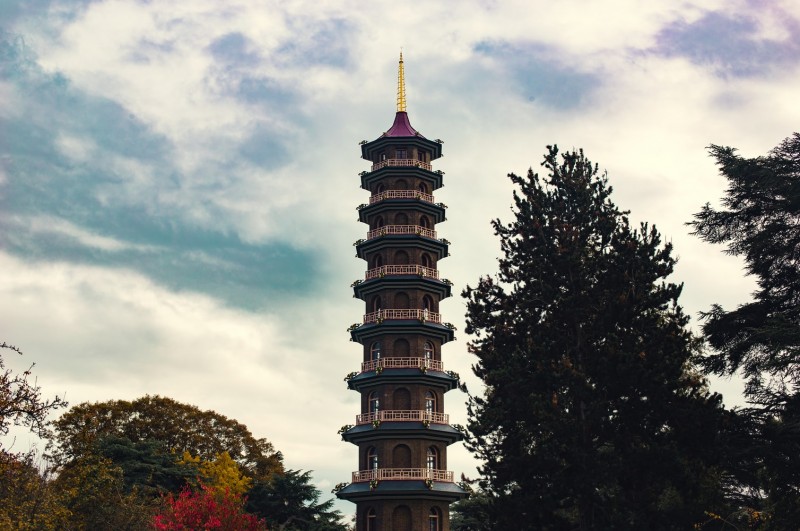 The nearest tube station to Kew Gardens is Kew Gardens Station, which is located on the London Overground Line.

The opening times for Kew Gardens depend on the season, with longer hours during the summer season.

Other activities in the area:  Hampton Court Palace and Gardens

The Japanese Garden in Regent’s Park

Despite being one of the busiest parks in London not too many people are aware of the Japanese garden and waterfall tucked away inside.

Both the waterfall and the Japanese garden are located in the Queen Mary’s Gardens (in Regent’s Park inner circle), which is also home to Queen Mary’s Rose Garden – London’s largest collection of roses, with over 12000.

Queen Mary’s Garden was planted in the 1930s but the Japanese garden, the lake and the mound made from the excavations predate that – it was part of the garden of the Royal Botanical Society and was constructed in the 1850s.

The nearest tube station is Regent’s Park which is located on the Bakerloo Line. Enter the Regent’s Park via the Jubilee Gate and take the first path right and you should be able to find both fairly easily.

Other outdoor activities in the area: London Zoo

The Japanese-inspired roof garden at SOAS, University of London was built during the Japan 2001 celebrations and was officially opened by the sponsor, Mr Haruhisa Handa (Toshu Fukami), an Honorary Fellow of the School, on 13 November 2001. It provides an area away from the noise and bustle of London streets, where visitors can relax and meditate.

The garden is dedicated to forgiveness. Alongside the gardens, there is a small stage which can be used for tea ceremonies or traditional music performances.

The garden is open to the public when the Brunei Gallery is open, normally Tuesday to Saturday 10.30 am to 5 pm and admission is currently free.

The nearest tube station to London’s Japanese roof garden is Russell Square which is located on Piccadilly Line.

Other activities near Russell Square: The British Museum

The Garden of Peace in Hammersmith Park

The Garden of Peace in Hammersmith is the oldest traditional Japanese garden in a public place in Britain. In 1910, a major exhibition was held in celebration of the Anglo-Japanese Alliance with the backing of the Japanese government. Among the exhibits were two gardens, which were constructed for the 1910 exhibition with materials imported from Japan and by a mixed Anglo-Japanese workforce.

Back then, the Garden of Peace featured a long pond with a large waterside teahouse, whereas the Garden of the Floating Isle featured a circular moat surrounding a hilly island. Sadly, the exhibition site was gradually redeveloped. The White City housing estate was built in the 1930s and the BBC television studios in 1960.

The Garden of Peace was converted into a more traditional British public park and named ‘Hammersmith Park’. However, parts of the Japanese Gardens do remain, albeit a lot smaller.

Now the garden is designed around water and rocks, with the goal of it being a place for reflection and contemplation for the public.

The nearest tube station to the London Garden of Peace is White City which is located on the Central Line.

If you are interested in other outdoor gardens in London, during the summer months you may also want to visit the London Lavender Fields.

These five tranquil and tradition Japanese Gardens in London are a wonderful way to spend some outdoor time in London. If you planning to make a trip out of your visit to the city, you can see all my other London posts here. 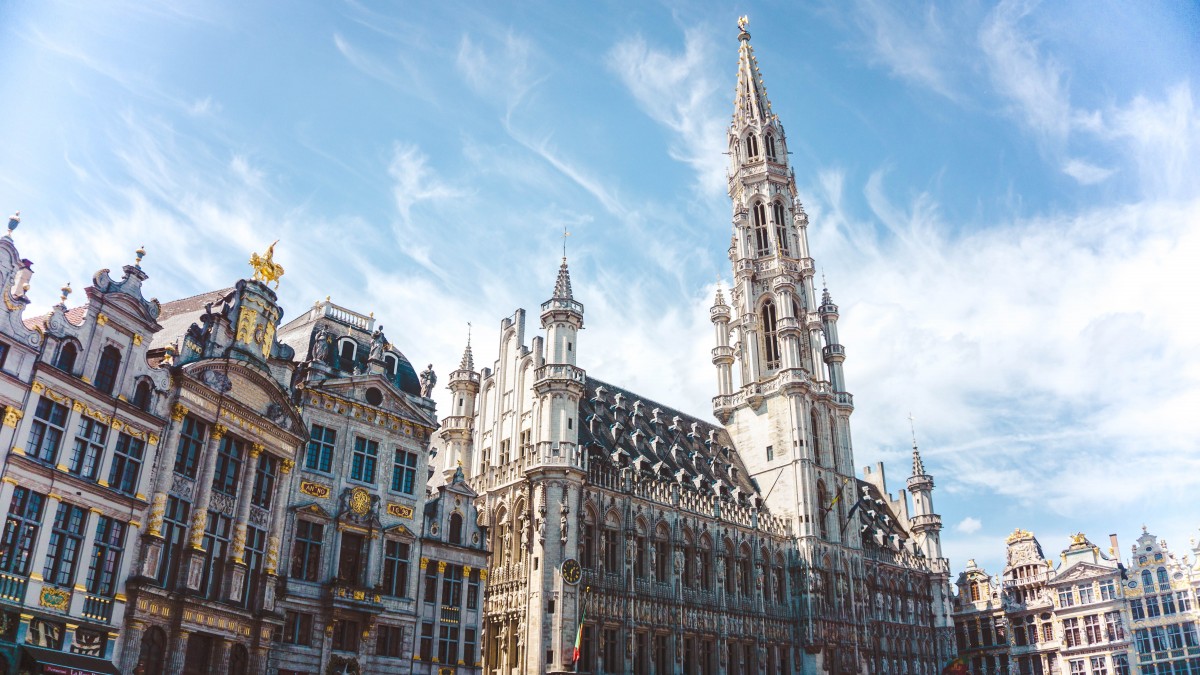 The perfect way to spend 2 weeks in Europe