Each year over 18 million tourists visit New Orleans and it is easy to see why. Affectionately nicknamed as ‘The Big Easy’ New Orleans is known for its fun-loving people, fantastic food and continuous live music. New Orleans is a fun, year-round destination and one which will see you coming back for more.

With so much to do in New Orleans and usually within a short amount of time, it is simple to make mistakes or fall for a tourist scam, which is why I have put together this guide to help you get the most of your time in Nola.

Only spending time on Bourbon Street and the French Quarter

Bourbon Street, in the French Quarter, is slightly wild and is somewhere which needs to be seen. However, it should not be the main focus of your trip.

New Orleans is so much more than Bourbon Street and the French Quarter.

Do not skip the relaxed and beautiful Garden District or forget to spend a night listening to live jazz on the more chilled Frenchman Street. Make sure you visit Magazine Street for the vintage shopping and incredible tacos at The Rum House.

Fun activities outside of the French Quarter:

This one is for when you do spend time on Bourbon Street. Due to the party nature of the road, much of the nightlife flows out of the bars and into the streets but it is important if you take your drink onto the street or to another bar you only take it in a to-go plastic cup.

Do not take glass bottles onto the street – this is illegal and there is a lot of police presence on Bourbon Street. The police also do not take too kindly to people being overly drunk – so remember, stay classy.

New Orleans is a big city and there are lots of fun things to do and see. It can be challenging to plan an itinerary and determine which attractions to spend your money on.

Getting the best value for money is my #1 factor when planning a trip and the Go New Orleans Pass was rated the number 1 New Orleans tourist pass by Trip Advisor. They’re also recommended by Expedia and the GO New Orleans Pass currently has a TrustScore of 4.4/5 on Trust Pilot.

With the GO New Orleans Pass, you can save time, money, and enjoy stress-free sightseeing to New Orleans’ top attractions.

The pass also features skip-the-line access – which is fantastic during the busier periods and for those short on time in New Orleans.

How to get a Go New Orleans Pass and save money:

The Go New Orleans pass is the most cost-effective option if you want to visit the main tourist attractions in New Orleans during your visit.

Not appreciating the independent food scene

Do not just eat in the tourist areas, venture out and experience NOLA’s incredible food scene.

If you are keen on learning the history of New Orleans while also sampling great food, book yourself a place on the Combo Cocktail and Food History Tour. The four-hour walking history tour visits 8 different food venues with 10 dishes to sample and 4 cocktails to drink.

Walking tours are a great way to get your bearings in a city, therefore, I recommend booking one for your first day in New Orleans.

But do not skip this tourist trap

One place not to avoid in New Orleans is Cafe Du Monde which serves fresh beignets daily.

The beignet is a square piece of dough, fried and covered with powdered sugar, and the ones served at Cafe Du Monde are the best in the city, hence the continuous massive queue (queues of up to 1 hour are not unheard of)

The Beignets are served in portions of three and are cooked fresh continuously throughout the day.
I would probably suggest going towards the end of the day as it is pretty much guaranteed you will get covered in powdered sugar. 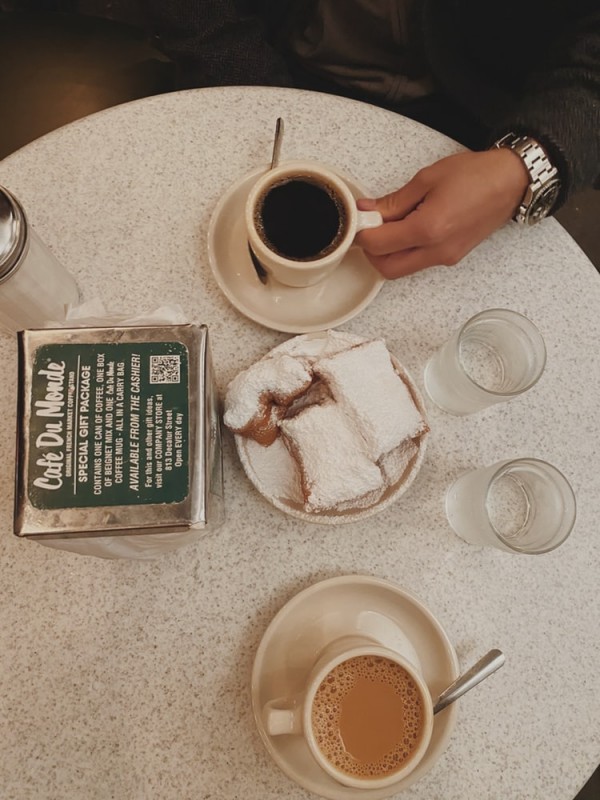 New Orleans is safe during the day, especially in the tourist areas. Sadly, however, opportunists do come out after dark. Do not ruin your trip by not stay sensible.

Avoid walking around on your own after dark especially if you have been drinking. Use Uber or Lyft to safely get back to your hotel and keep your wits about you at all times.

In busy areas such as the French Quarter and Jackson’s Square be aware of pickpockets during the day. Like every major city, pickpockets will frequent so just keep your valuables safe.

That means keeping wallets and purses nice and secure, so not in your back pocket or poking out of bags and backpacks.

Not learning about NOLA’s quirky history

There is no doubt New Orleans has a colourful history, a clash of cultures, an invasion by pirates and the dawn of Jazz, you name it and there is probably a good chance it happened in New Orleans at some point. New Orleans is very much a city which is proud of its eccentric past and it is truly one worth learning about.

For example, did you know in the 1700s the French outed many of their criminals and mental health patients to New Orleans?

In order to keep them off the streets of Paris and to clear more room in the prisons, criminals and patients were simply sent with a one-way ticket to New Orleans.

NOLA has a fascinating history, much of which begins to explain the quirkiness of the city today. Booking on a ghost tour is a great way to learn more about the city.

This is the New Orlean’s ghost tour I booked onto which I would definitely recommend.

Pro Tip: If you are considering booking a swamp tour as well as some of the other attractions mentioned here then you will most likely save money by purchasing a Go New Orleans Pass instead.

Only visiting during Mardi Gras

Mardi Gras is what draws many people into New Orleans.

The History of Mardi Gras

The origins of Mardi Gras can be traced to medieval Europe, passing through Rome and Venice in the 17th and 18th centuries to the French House of the Bourbons. From here, the traditional revelry of “Boeuf Gras,” or fatted calf, followed France to her colonies.

In 1710, the “Boeuf Gras Society” was formed and paraded from 1711 through 1861. The procession was held with a huge bull’s head pushed along on wheels by 16 men. Later, the parade would include actual bull, draped in white and signalling the coming Lenten meat fast. This occurred on Fat Tuesday.

New Orleans was established in 1718 by Bienville. By the 1730s, Mardi Gras was celebrated openly in New Orleans, but not with the parades we know today. In the early 1740s, Louisiana’s governor, the Marquis de Vaudreuil, established elegant society balls, which became the model for the New Orleans Mardi Gras balls of today.

However, due to this, the city gets over-crowded and the prices go up. You will pay a lot more to visit NOLA during Mardi Gras, and to be honest you probably will not have the best experience.

In my opinion, skip Mardi Gra season and visit later on in the year when it is quieter. Then, if you still want to see the floats, you can then visit Mardi Gras World instead.

If you do visit during Mardi Gras, do not pick up the beads from the floor.

The streets of the French Quarter get filthy during Mardi Gras, if you want beads, please do not pick them off the ground – it is extremely unsanitary.

Avoid taking home more than souvenirs, do not pick up Mardi Gra beads from the floor. Catch them while they are still in the air instead! 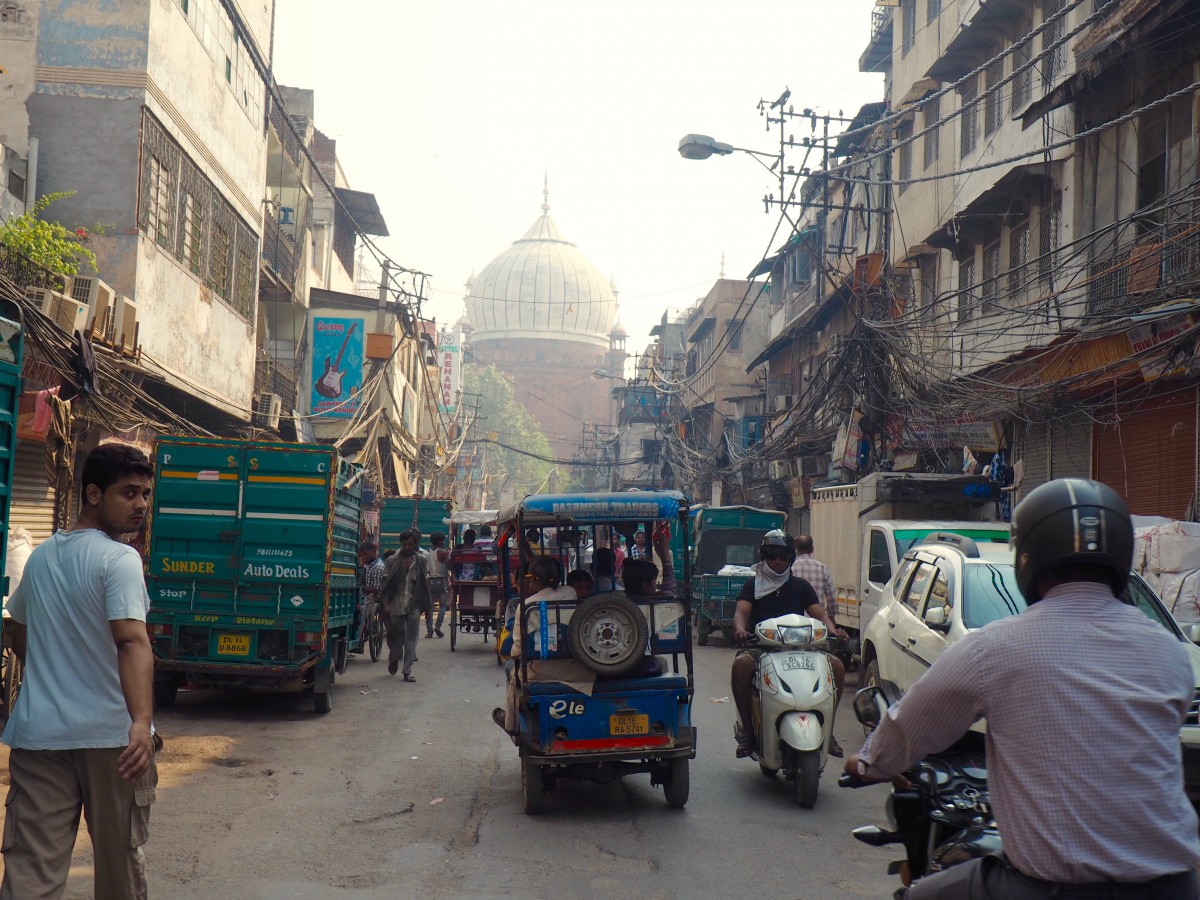 Six things to expect from your first trip to India

Indian Visa Application – How to get an Indian tourist Visa