Meet the City of Light: Is Eindhoven Worth Visiting?

All too often cities get glossed over. Glossed over for the capital or next city which has just been pipped as the ‘new hottest city break destination’. Some places never get a chance to top the ‘must-visit cities’ but is that because they are, in fact, not worth visiting or is it because they have not yet had their chance to shine?

Well move over Paris, I think I just visited the real city of light.

Think of Eindhoven and think of a small Dutch city in the South of the Netherlands, depending on your knowledge you may even think of the birthplace of the electrical brand ‘Phillips’ and consequently the light bulb. But how many think of an urban hotspot reimagining its industrial roots?

But Is Eindhoven Worth Visiting?

If you are looking for the classic pretty Dutch city then I will start by saying Eindhoven is not for you. In Eindhoven, you will not find the flowing canals and pretty narrow houses found in Utrecht, on first impressions it may even come across slightly plain, but I think that is what I liked about Eindhoven. It has a more subtle charm, one that is not obvious from the outset but when you find it, it is hard to miss. It sort of makes you feel like you stumbled upon a secret the rest of the Netherland’s tourists has yet to discover.

What Eindhoven lacks in stereotypical beauty it makes up for in personality. Often referred to as the design capital of the Netherlands (Eindhoven is home to the annual Dutch Design Week), Eindhoven is brewing with energy.

Repurposed factories are dotted throughout the city, but now instead of a production line of lightbulbs, are cafes serving the equivalent in Flat Whites, fueling the creative minds of the people of Eindhoven. Large street art murals are often stumbled on as well as obscure buildings, such as The Blob, which seamlessly fit with the rest of the city’s architecture.

Eindhoven has a vibrant grit making it a great short city break option if you are a fan of urban and independent.

I maybe bias admittedly, the Netherlands has my heart, but I do believe Eindhoven is worth visiting.

How to get to Eindhoven

Catch a flight from one of the eighteen UK Airports which provide daily KLM flights from the UK to Amsterdam Schiphol. KLM is currently (2019) celebrating their 100th birthday, making them the world’s longest-running airline.

Over the past 100 years, KLM has been connecting the UK with The Netherlands and with reliable train transportation throughout the whole country there has never been a better time to discover the Netherlands.

Train travel across Holland is reliable, affordable and tickets can easily be purchased in advance from eurail.com. A direct train journey from Amsterdam Schipol to Eindhoven will take 1 hour and 37 minutes (75 daily trains) and is priced at €22.00.

Where to stay in Eindhoven city

As tourism is still growing in Eindhoven, at present, you will not be spoilt for choice when it comes to where to stay in Eindhoven, but you can definitely look at this as a positive.

For my weekend in Eindhoven, I stayed at the NH Collection Eindhoven Centre which is situated in the city centre and a 5-minute walk from the train station. The 5-star hotel boasts spacious, bright rooms with aerial views over the city. A fantastic buffet breakfast is served each morning at the property and guests can dine in the on-site restaurant (Vane Sky Bar), which serves European cuisine. The Vane Sky Bar is also the perfect place to start an evening in Eindhoven, here you can drink killer cocktails while taking in the sunset over the city.

Another place to stay in Eindhoven is The Student Hotel which is located a stone through away from the central train station. The Student Hotel is a co-living community for students, travellers and professionals. It is also home to 250-seat restaurant and bar, The Commons, which is fast-becoming an Eindhoven foodie hot spot.

Things to do in Eindhoven

Eindhoven is a great choice for a short weekend city break, due there being both indoor and outdoor activities I would not consider it a season-dependent destination. Due to the close proximity between the city highlights, I would say 2 days in Eindhoven would be a good amount of time to allocate, if you are looking to visit for Holland for a  long weekend then you could combine your visit with another city such as Rotterdam or if you are looking for something completely different then head to Utrecht.

Eindhoven is known as the Dutch Design Capital and is home to the Dutch Design Week in October each year. The city oozes creativity and various forms of art installations are all over the city. My personal favourite is found inside the Central Station, which is a piece called ‘Space’ created by Daan Roosegaarde. This work of art consists of a 90 metres’ long wall of light in which the globe is peeled like an apple, LED lights illuminate to illustrate the light pollution the world is creating and what it looks like from space. 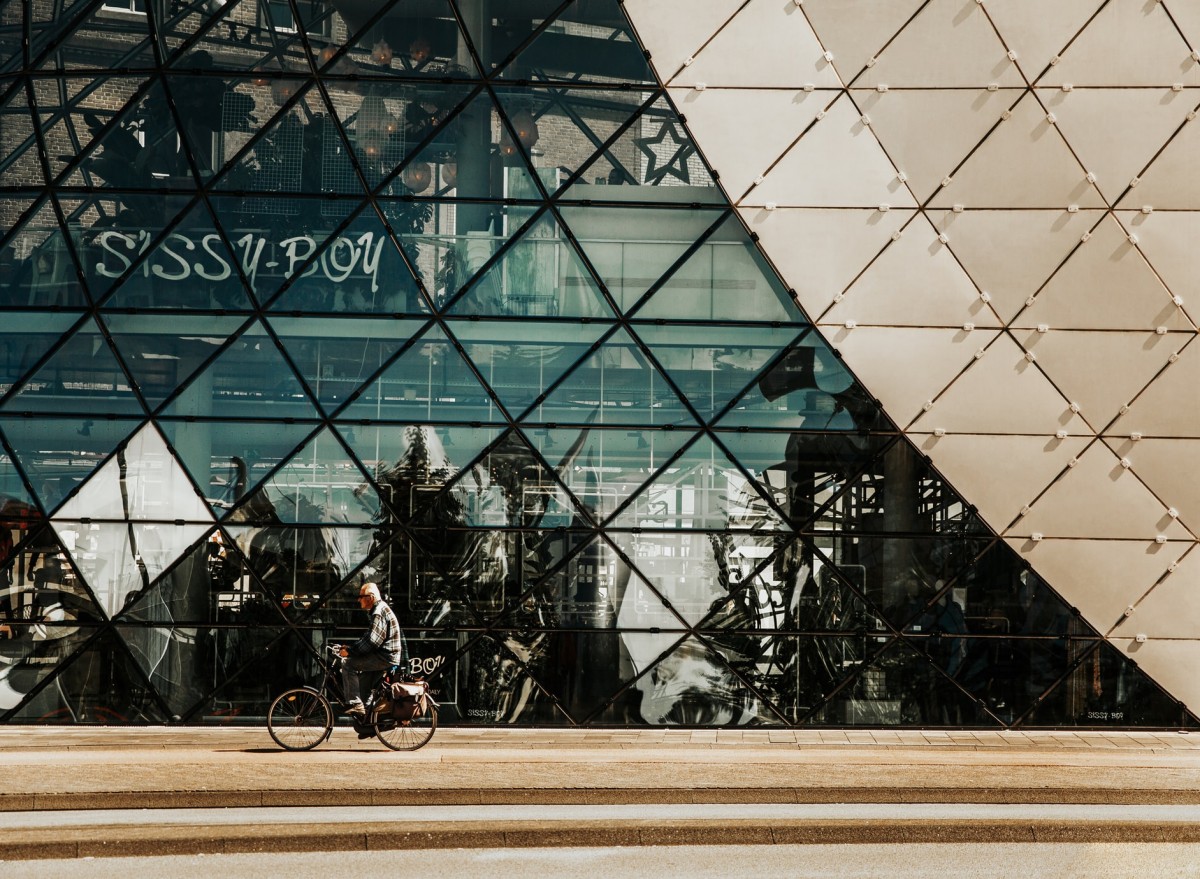 Another famous city piece is ‘The Blob’, a futuristic piece (which also houses the store Sissy Boy) made of glass and steel and stands shoulder to shoulder with the ‘Philips light tower’. In this area, you will also find a  massive department store called De Bijenkorf, which translates into the beehive, therefore the building has been designed to represent that beautifully.

Although not as popular as in Rotterdam, Street art is frequent around the city of Eindhoven. From colourful birds of flight murals to representations of the Grand Theft Auto Game, the street art really brings out the urban side of the city. If like me, you are a fan of a brightly coloured wall, check out Street Art Cities for a map of the cities artwork.

Many art and design lovers would consider Eindhoven worth visiting for the Piet Hein Eek factor alone. What used to be a factory for Phillip’s radio and tv components is now home to the internationally renowned designer Piet Hein Eek. Eek now produces between 15 and 30 new designs each year as well as running about 10 interior design projects. Besides the workshop, the building houses a restaurant, a showroom, a shop that sells Eek’s designs as well as other products and an art gallery, all open to the public.

Spend an afternoon or evening at Strijp S

Strijp-S is a neighbourhood and former Phillps industrial park in the Eindhoven district of Strijp, in my opinion, it is the best of Eindhoven. The vibes are very urban Shoreditch but minus the hipster pretence, I absolutely loved it and cannot wait to go back and spend more time there. It is a great area to spend an evening in Eindhoven as alongside the independent shops and skate park, there are also various restaurants.

One of the most eye-catching restaurants is Radio Royaal, serving European cuisine, the restaurant’s interior has stayed true to its industrial routes. After dinner and watching the sun go down through their windows, you can play air hockey or swing on the restaurant’s in-built swing.

For a sweet ‘Instagrammable’ snack be sure to check out Intelligentia Taste Rooms who serve incredible themed ice cream in a pink-walled paradise. When I visited there current theme was Netflix shows, I had the Stranger Things ice cream, a delicious mix of Dulce de Leche and Cookie Dough. All ice cream is made fresh daily and there is some serious work going into creating all of the flavours.

With so much of The Netherlands being easily accessible by train, many Dutch people visit Eindhoven just for shopping. Alongside the major high street stores such as Primark, Hema and Pull and Bear, Eindhoven is home to a whole host of independent fashion and homeware boutiques. Whether you are looking for high fashion, small-scale initiatives, Dutch design, local markets or vintage stores you will find it in Eindhoven. Back in the Strijp-S district, I fell in love with the Zero Waste Zone, a no plastic concept store where you can buy a ton of plastic-free goods including cereals, nuts and other food goods.

Where to eat in Eindhoven

For intimate fine dining then book yourself into dinner at Kazerne. The former army barracks is now a hub for talented chefs serving dishes suited for both meat-eaters and vegetarians. My personal recommendation is truffle covered fresh ravioli filled with various cheeses. After dinner and wine, stroll around the restaurant’s inbuilt art space.

Another mention for the aesthetically pleasing Radio Royaal as it is definitely somewhere to add to your Eindhoven weekend itinerary.

The Fat Angel is located right now to the NH Collection Hotel and is somewhere to book into for a special occasion, this place is luxury dining at its finest. Rather than course, The Fat Angel serves chapters, inviting their customers on a culinary journey through the world, rather than just restricted to one cuisine.

After dinner at The Fat Angel, walk a few minutes to finish your evening with award-winning cocktails at the Vane Sky Bar while taking in views of the city.

For lunch, in Eindhoven, you will want to visit Usine. Usine is another converted Phillips Factory which is holding on to its industrial routes. This cafe is so aesthetically pleasing and I recommend checking out the toilets, yet I did say toilets.

Deciding whether Eindhoven is worth visiting is, of course, all down to opinion. If you are looking for a relaxed, slow-paced city break then Eindhoven is for you. If you are looking to visit a city which is bursting with authentic creativity and a passion for sustainability, then book your train tickets to Eindhoven. I adored the urban vibes of Eindhoven, it was a side of Holland which I have yet to see yet but still retained the welcoming Dutch culture which I have come to love, for me Eindhoven is definitely worth visiting.

This post is part of a paid press trip with Visit Holland and KLM Airlines, however, all opinions and love of Holland are my own.

The RomeHello: Colourful, affordable and central accommodation in Rome

A short break to Brighton from London: Where to Eat, Play and Stay