Visiting film locations when on my travels has become one of my new favourite things to do, especially when they are Harry Potter related. After visiting the Harry Potter filming locations in Edinburgh I knew I wanted to find more throughout the country, luckily for me, you will find a ton of Harry Potter in Oxford.

Hogwarts, Harry’s prestigious wizarding school, is a composite of several amazing locations, many of them real places are in Oxford, including Oxford University – undoubtedly one of the most famous universities in the world. With a population of about 150.000 people, Oxford is a university city located in South Central England, and it’s just an hour and a half away from London.

Aside from the Harry Potter filming locations, Oxford is also the place where Lewis Carroll wrote “Alice in Wonderland,” where J. R. R. Tolkien gave lectures and worked on “The Lord of the Rings,” and where Oscar Wilde studied.

As always, when I started my day in the city I was armed with a Marco Polo guide. When visiting a new city I will always carry a travel book with me, even in the UK, Marco Polo, in particular, are my favourite as they come with an easy to read map – which was perfect for locating all the Harry Potter spots in Oxford. Aside from the map, the books always have a variety of self-guided walking tours which are perfect for following if it is your first time in a city.

Spoiler Alert: The content below may ruin the surprises for those who haven’t watched or read the Harry Potter series yet. (if you haven’t, what are you waiting for?!)

The Christ Church College itself is a visual treat for the Potter fans. Many parts of the college were used during filming but more than that some part of the college was used for the inspiration for the original stories.

Many parts of the college are used during the filming of Harry Potter in Oxford, you’ll be able to recognize New Collage’s 15th-century cloister in different scenes of Harry Potter and the Goblet of Fire. 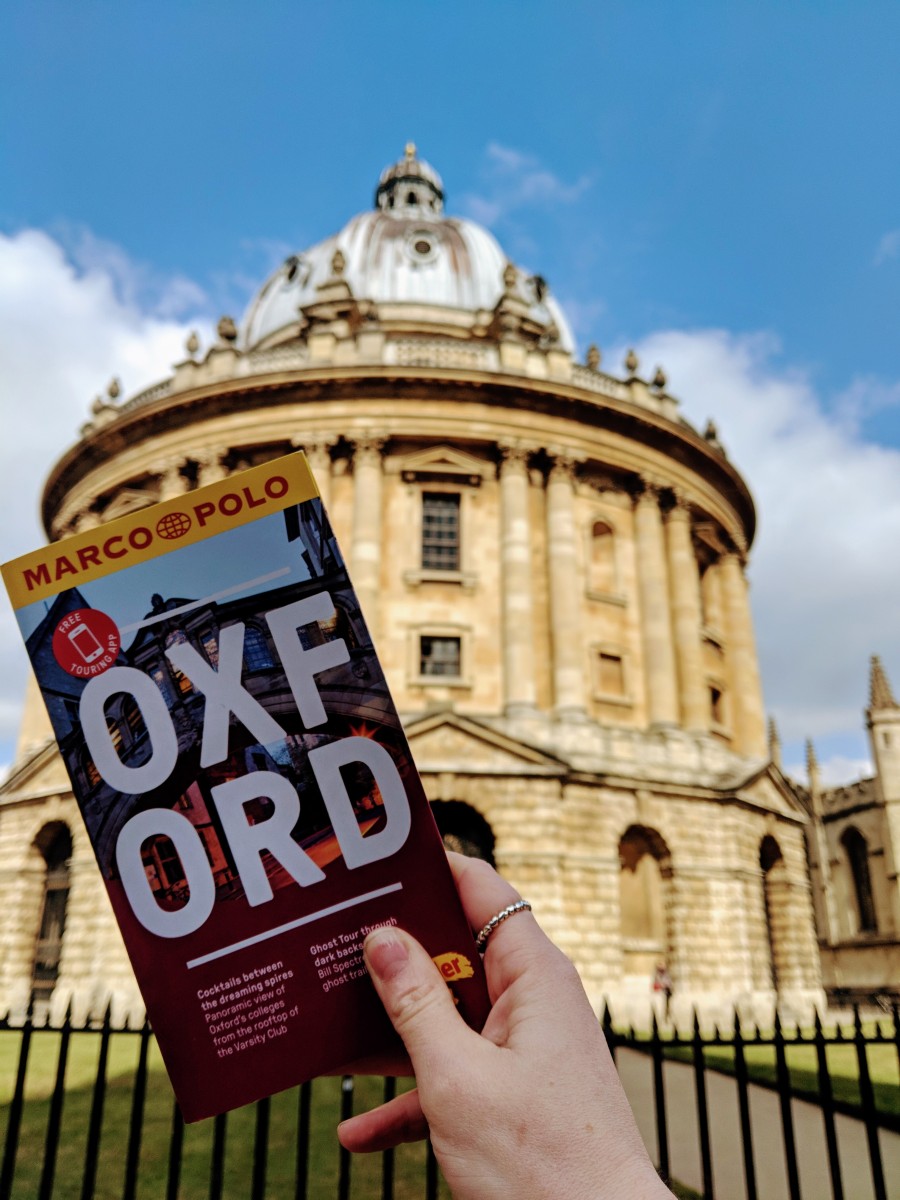 While the Bodleian Library may have been around since 1602, the majority of people around the world probably know it better as the Hogwarts Library. Or, more specifically, the Restricted Section. Starring in four of the Harry Potter films, this is one of the most popular tourist locations in Oxford.

Duke Humfrey’s Library is one of the favourite locations for fans to visit. It is the oldest reading room still in use today. What’s more interesting? It has more than 80 miles of bookshelves, and you can find many mysterious works, including ancient books of spells and witchcraft.

The Hogwarts Restricted Section is actually the Duke Humfrey’s Library. Do you remember the scene where Harry walked through the Hogwarts library hidden underneath his invisibility cloak to steal a book? Duke Humfrey’s Library was used for this scene. The Library comes in to view again in Half-Blood Prince when Hermione is seething about Ron’s new romance with Lavender, and they’re both contemplating who to invite to Slughorn’s big Christmas bash. With its dark, thrilling, mysterious corners and floor to ceiling shelves of old books and ancient manuscripts, it’s no wonder Duke Humphrey’s Library was chosen to play the Hogwarts Library in Harry Potter and the Philosopher’s Stone.  Please be aware you can only visit the Library as part of an organised tour. 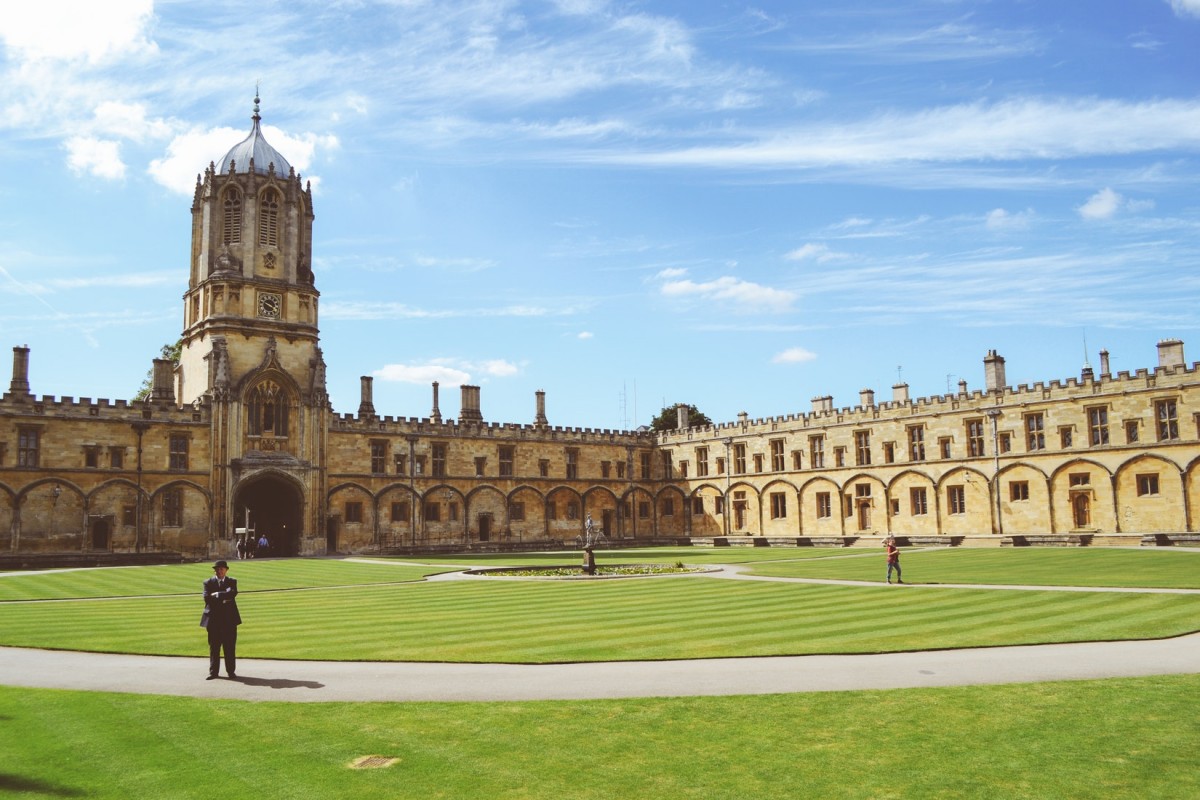 The Divinity School was used in the shooting of the first four Harry Potter films. The School itself is a fantastic construction and has a stunning grand hall which was used for filming the Hogwarts Infirmary. It’s the same Hall where Harry wakes up at the end of the first film after confronting Voldemort for the first time, where Harry and Hermione use the time turner to save Sirius and Buckbeak in Harry Potter and the Prisoner of Azkaban. It’s also the same place where Professor McGonagall teaches Ron how to dance for the Yule Ball in Harry Potter and the Goblet of Fire among many other famous scenes.

The Oxford Museum of Natural History

The Museum of Natural History houses the University’s scientific collections of geological and zoological specimens. The Museum itself is a Grade 1 listed building, renowned for its spectacular architecture. Some it’s outstanding feature includes Oxfordshire dinosaurs, the dodo, as well the Swifts in the tower and more. You will not find this place anywhere in the movie. Still, it is a part of the movie.

Why? It’s a place where producers spent a lot of time and sourced ideas for ancient artefacts when recreating these with the costume departments.

Make sure you watch the Knight Bus scene from the Prisoner of Azkaban before you visit this place, as this is a great example of the artistry the movies borrowed from Museum.

Aside from filming locations, you will find many gift stores dotted throughout Oxford, many of which are littered with Harry Potter memorabilia to ensure you remember your day of finding Harry Potter in Oxford.

If you are limited on time or prefer to book onto guided tours, there are many available which will take you to all of the locations mentioned above. This particular 2 hour guided tour also includes fun Harry Potter Quizzes along the way.

Being in Oxford can often feel like roaming around one big Harry Potter world. It is a must-have experience for fans to explore the wonderful world of Harry Potter in Oxford and walk the very hallways that Harry, Hermione, and Ron once did.

A Self-Guided Harry Potter Tour of Edinburgh
Everything you need to know before visiting the Wizarding World Of Harry Potter, Orlando.

This post is in paid collaboration with Marco Polo, of who I am a brand ambassador for 2019.

The Best Bars in the Walt Disney World Resort