Well here we are again, another yearly round up – the third one in fact, meaning in 2019 this space of the internet will be turning four. I do not think there are many things I have stuck at for four years so I will give myself a pat on the back for that.

Overall, 2018 was a good one, I really cannot complain and if this luck continues into 2019 I will be one happy lady.

I actually did not think I travelled much this year, definitely not as much as I did in 2017 but looking at this list it is still extremely impressive. Also, I loved every single one of these trips, there was not one place I visited in 2018 which I did not love. In 2019, I would like to travel more than 2018 but I have some BIG trips planned so who knows if this will happen.

Rome, Italy – We all know I love Rome and having the chance to head back on a press trip for the open of the Rome Hello was a great way to start the year. I also got to hang out with my pals Kara and Ellie on this trip and eat a ton of great Italian food, I highly doubt this will be my last trip to Rome, it is definitely one of my favourite cities.

Alicante, Spain – I was sent to Alicante by Jet2 to advertise Jet2 City Breaks,  in all honesty I would have probably never have visited Alicante if it was not for this trip but I really enjoyed it. We had a long weekend of winter sun and a more chilled city break than what I am normally used to.

Barcelona, Spain –  We ended up in Barcelona after Benenox challenged us to see Barcelona in a day.  Barcelona is somewhere I have wanted to visit for a long time but never got around to so it was a very welcome trip. I didn’t instantly fall in love with Barcelona and I am not sure if I would go back again but it was enjoyable nonetheless.

Jersey – Over the past 18 months, Jersey have really started to attract a younger audience by marketing themselves as ‘The Island Break’. They gave us a car for the weekend and a very loose itinerary, which was great and really gave us a chance to explore the island naturally. Despite visiting during winter I still fell the sand beaches and would love to go back during the summer months.

American Roadtrip – Atlanta, Gatlinburg, Memphis, Nashville, New Orleans – With a doubt my favourite trip of the year – Road Trip to Wrestlemania! We spent two weeks driving from Atlanta to New Orleans with plenty of stops along the way and I would probably go as far as saying it was one of my favourite trips I have ever taken. If you ever get the opportunity to drive this route then do it! You will be seeing such a fantastic part of America. Without a doubt Nashville stole my heart and I cannot wait to go back one day and New Orleans was insane, I am so glad I experienced it.

Utrecht, Holland – In July, I finally took a visit back to my favourite country, Holland. The tourist board sent me on a solo trip to Utrecht, if you are looking for a quieter, prettier alternative to Amsterdam then I recommend you head here.

Cologne, Germany – This was a surprise trip with WowTrip meaning we did not find out where we were going until we reached the airport. Again, Cologne is not somewhere I would have chosen to go myself so I was actually happy to be sent here, we even took a day trip to Dusseldorf. As far as city breaks go, there is not too much to do in Cologne but it is relaxed and we had beautiful weather so it was a really nice weekend.

Iceland – We finally went to Iceland! I won flights to Reykjavik  over a year ago and in October we finally used them. We went on a road trip around the Golden circle and I think I was the coldest I have ever been on my life. Iceland is as beautiful as everyone makes it out to be and it is also as expensive but I am really glad I visited – it does live up to the hype.

Bethlehem, South Africa – So this one was a last minute surprise, in fact I think I found out about 8 days before I flew. I honestly did not think I would make it to South Africa in 2018 so it was such a wonderful and well received surprise to be invited out with Four Paws International. Four Paws invited a group of journalists out to Lions Rock to learn about the horrific Lion cub and Canned Hunting trade in South Africa, I can hand on heart say it was the best press trip I have ever been on and I doubt any future one will beat it. These are the truly the types of trips I want to do, ones where I can come home and try to educate with what I have learnt. I hope to work with Four Paws more in the coming years.

Basel, Switzerland – I finally visited a European Christmas Market! Basel Tourism treated us to a Christmassy weekend exploring Swiss city and their Christmas Markets. Basel is such an underrated city, if you are looking for a quiet city break in a truly pretty and authentic city then book a trip to Basel.

We bought a flat – After months of endless stress in June we completed and were handed the keys to our beautiful flat just outside the South of London. The following 6 months were then spent making it our own, it still has a long way to go but it is safe to say I am obsessed with it and I am so proud of our achievement to buy it.

We adopted a cat – A few months after moving into our flat along came a beautiful ginger cat called Rue (Rupee). She was adopted from the Cats Protection and she has quickly established herself as  the ruler of the house. She has spent the last few months destroying the curtains and stealing anything she can get her paws on but she is part of the family and I would not be without her now.

I started a Podcast – After months of putting it off due to nerves, in October I finally bit the bullet and started the The Wildlife Tourist Podcast. It has been received SO well and I have so many incredible episodes lined up. The Wildlife Tourist is my passion project and I am so excited to watch it grow in 2019.

My business grew – My business is now in its third year and in 2018 I doubled my income from 2017 which is something I am pretty proud of, I am not expecting to double it again in 2019 but I will give it a damn good shot.

I turned 30 (and didn’t have a breakdown) – I was dreading turning 30 and was doing everything possible to ignore it happening but of course, it happened, however it was not bad at all. Thirty has been good to me so far and I am okay with being a thirty year old now, I mean obviously I would like the ageing to slow down but for now I will accept being 30 years old.

I am sure some other bad things happened in 2018 but I appear to have wiped them out as I can only seem to remember the good. The only bad thing that sticks in my head is the past month where I essentially burnt out. I am very much an all or nothing kind of person, I continuously pile on more things and in my head I believe I am unstoppable – well, obviously, this is incorrect. At the start of December my body decided to remind me of this and I got shingles, which my Doctor assumes was due to stress and exhaustion. I believe it was my bodies way of telling my head to calm the heck down. I ended up in bed for couple of weeks with the worst pain I have ever experienced and in turn picking up every virus and cold along the way. It was awful but it was the kick I needed to look after myself more and take more time doing nothing at all.

Something I plan to do in 2019, so with out sounding like a total cliche, for me, 2019 is about self-care, mentally and physically. I have huge ambitions to grow an incredible business but that is not going happen if I do not look after myself first.

In the spirit of not taking on too much this is the only goal I have set myself for 2019 (actually, that is a lie, I also want to learn to do a handstand), once I have established that I am sure everything else will fall into place.

Travel wise, so far we have two trips planned. In January we are heading back to Paris, where AttractionTix will be taking us to Disneyland Paris and then in March, I am going back to South Africa! I have wanted to take DJ to South Africa since my first visit, so he can hopefully feel the magic I feel every time I am there. We will be spending a week in Cape Town before going down to Port Elizabeth for a few days of safari – I am so wonderfully excited already.

As I mentioned I have lots of other trips I wanted to take in 2019 and hopefully they will happen, but as always whatever will be, will be.

Eight Things to do in Sarajevo – Bosnia & Herzegovina

4 Types of Animal Cafes in Tokyo, Japan to Avoid 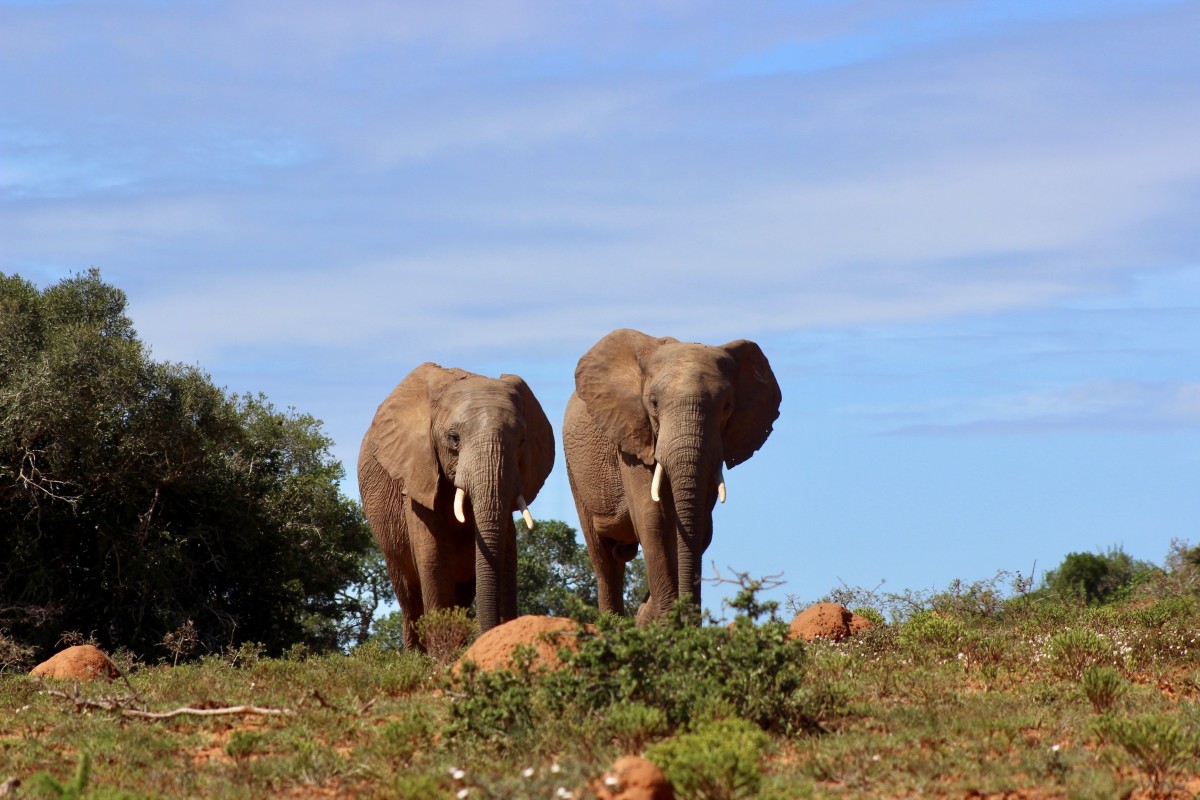 A Guide to the Addo Elephant National Park Self-Drive Safari