With 2015 drawing to a close I thought I would do a round of my year. After all it has been a pretty good year with a fair amount of travel and quite a few personal achievements.

January saw a very cold trip to Amsterdam. This was my first time in Holland and while I really enjoyed it, as Amsterdam is a very outdoor city I felt the cold weather hindered my enjoyment slightly but I would absolutely love to visit again during the Spring or Summer. Although maybe after I learn to ride a bike so I can really explore the city.

During March I took my third trip to New York City and I could visit a million times more. As it was my boyfriend’s first visit we did all the tourist highlights including the Statue of Liberty and Top of the Rock. We got there just after a snow storm and while the snow had melted from the city, Central Park was still covered in snow.

During Spring I spent a lot of time volunteering in a veterinary wildlife hospital for orphan season rehabilitating birds, hedgehogs, foxes and even badgers successfully back into the wild. British wildlife is something I am really passionate about  and the Wildlife Aid Foundation  are a charity so close to my heart, I cannot  wait to work my second orphan season in 2016.

Orphaned Fox cub being looked after by the wildlife hospital until old enough to be released. It is so important that strict rules are in place to stop imprinting with orphaned wildlife so that they can remain wild. The wildlife aid foundation are the best at what they do and have such a big place in my heart. So proud to be a part of this #wildliferehab #wildlifeaid

In May my interests in politics grew alongside the general election. I am actually quite embarrassed to say it took me to the age of twenty-six to actively take an interest in politics, and I whole heartedly believe it should be something that is taught more in public schools. Since the election I have researched and taken a more proactive approach in teaching myself all things politics; and while a lot of it is quite shocking I am glad I am aware so I use my voice and vote to support what I personally believe in.

So the 16th of May might just be the highlight of my year. I met David Attenborough. Yes, after years of missing talks and signings I finally managed to get a ticket to his lecture in the Rose Theatre, Kingston on British Wildlife (it is like it was fate!)! The lecture itself was brilliant, and I have an amazing video clip of David Attenborough talking about his favourite adventure – scuba diving at the Great Barrier Reef, a video I will treasure forever. After the lecture I queued for a little over an hour to meet him and as my turn approached I obviously I could not think of one intelligent question to ask him but despite my foolish self it such an honour.

There will never be a better day.

In June I took my first visit inside Parliament, which is something I never thought I would write. This visit was part of the Animal Welfare Foundation’s discussion forum, where people from the Veterinary profession were encouraged to discuss recent animal welfare problems and how law can tackle these issues. Issues discussed included the recent surge in puppy farming and ethical treatment of slaughter animals.

Most of summer was spent in London, I attended Wireless festival and saw an amazing Taylor Swift show in Hyde Park. I rediscovered how beautiful central London is and how little of it I have actually seen considering I only live a twenty five minute train ride away.

September was a busy month and started with Friend’s Fest in Shoreditch. I have actually visited the original Friend’s set at the Warner Brother’s studios in Los Angeles but I actually enjoyed Friend’s fest so much more. Mid September I ran my first 10k race at the ZSL Zoo stampede and discovered my love/hate relationship with running, for this race I raised £190 for the ZSL conversation fund. Also during this month I finished my certificate in ‘Veterinary Nursing Emergency and Critical Care’ after two intense years, the end was marked by three written exams in one day. Which I am very pleased to say I passed and can say my post nominal are now ‘RVN CertECC’, in 2016 I plan on starting another qualification to further add to these letters.

October was started with my third visit to the Harry Potter Studio Tour, this time with the addition of the Hogwart’s express. The main event however was my first trip to Vietnam, which took place across the end of October to mid November. We travelled around Ho Chi Minh, Phu Quoc, Hanoi, Halong Bay and beautiful Hoi An. In Phu Quoc I had a particularly bad scuba diving experience which inspired the post ‘Tips for Anxious Scuba Divers’  but it has not deterred me from continuing to dive. I would recommend Vietnam to anyone and plan on writing more posts on the places I visited in the near future.

In November Yoko Meshi was born! What originally was started as a blog to write about my travels is now slowly starting to take the route of a responsible tourism blog – which I love. My blog is still baby but I am enjoying nurturing it and really hope to make it grow in 2016.
I ran my second 10k race in November at the Greenwich Mo run, despite some pretty tough hills I beat my personal best.

A group diving holiday to Sharm El Sheikh was planned for December, but understandably due to the tragic events our flights were cancelled. Instead we booked a last-minute trip to La Palma for a much-needed rest and an amazing trip to see wild dolphins! While I was in La Palma I found out a photograph I had taken earlier in the year had to be chosen to appear in a calendar, which was also pretty exciting!

Heading back home today but not for long. Next Stop: Paris 🇫🇷 #wildandfree

My photo has been shortlisted in a photography calendar competition. I would love for it to make the calendar, so if any of you lovelies would like to vote for me I would really appreciate it ❤️🐱 http://sleepyheads.vbd.uk/ my photo is number 3 #competition #vetnurse #sleepyheads #catsofinstagram

Also during the December I attended my first blogging event with Trek America where I met the lovely Sophie from Sophie’s Suitcase,Kirsten from the Kooky Traveller and plenty of other great bloggers. It was quite scary attending an event not knowing anyone so I am quite proud making myself do it as it ended up being a great night. December ended with a day trip to Disneyland Paris which was every bit as magical as I hoped it would be.

2016 is already set to be just as adventurous as 2015, if not more and I am so excited.
In just under two weeks I am flying out to Phalaborwa (South Africa) to stay on the outskirts of the Kruger National Park and work with C.A.R.E baboon sanctuary; this still does not seem real and probably will not until I am on the plane there. Then in March I have a weekend in Berlin planned but the big trip of the year will hopefully be to the Philippines(!!!) towards the end of year. I also want to explore more of the UK in 2016, despite living in England my whole life I have actually not seen much of it at all which is quite sad.
With regards to my running I will taking part in my first half marathon in the spring and raising money for Mission Rabies  and then despite my fear of public speaking in May I have agreed to give a presentation at a Veterinary Nursing congress, which I can not quite believe I have said I will do.
In 2016 I hope my blog continues to grow and everyone continues to enjoy it. Youtube is my next step for Yoko Meshi, I want to create ‘city guide’ videos to support blog post, but we will have to see how that goes!

Thank you to everyone  that has taken the time to read my blog over the past couple of months and anyone who has managed to get through this really long post!

Hope you have all had a fantastic year!

Wizz Air Review: Read this before flying with Wizz Air 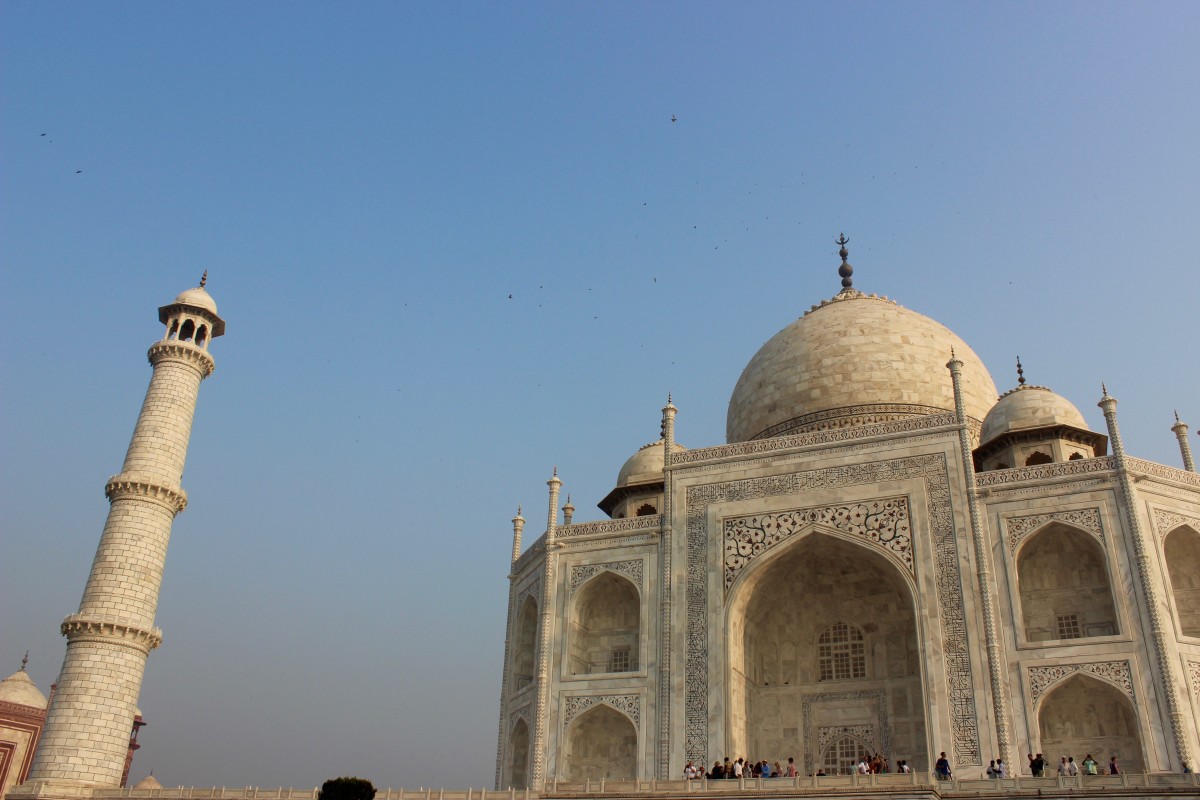 The Taj Mahal Dress Code 2020 (& other useful advice to know)

Long term travel is not for me and I am finally okay with that.